Total Electron Content (TEC) map is produced using the data of the observatories over Thailand sector.

This quick-look ionogram is provided by FM/CW ionosonde at CPN station which is administrated by the research cooperation between SEALION project, Japan, and KMITL, Thailand.

The peak frequency of E-layer (foE)

The peak frequency of the E-layer is called foE. The echo frequencies are received at FMCW ionosonde at CPN station by the reflection of radio waves with the ionospheric E-layer. The graph shows the statistics of median values of the foE against the universal time (00-23 hour) and months (January-December).

The critical frequency of the F2 region (foF2) is the maximum frequency which can be vertically refracted by the F2 layer. The graphs below show examples of the foF2 plots vs. local time from the FM/CW ionosonde observatory at Chiang Mai (18.8 N – 98.9 E), north of Thailand, Chumphon (10.72 N – 99.4 E), south of Thailand and Kototabang (0.2 N – 100.3 E) in Indonesia. The observations are compared with the foF2 results of a global prediction model (the IRI-2016 model).

The monitoring of foF2 at Chumphon station

This monitoring exhibits the median value of foF2 as the graph with a red square, the blue graph is an observed foF2 value and the black color bar represents the equatorial spread-F (ESF). The real-time observation is coming soon…

The spread F is an important parameter obtained from the spread of F trace on ionograms. Spread F occurrence at the equatorial region is typically due to instability of the bottom side of F2 layer after sunset. Various types of spread F include (1)  frequency spread F (FSF), (2) range spread F (RSF), mixed spread F (MSF) and strong spread F (SSF), respectively. The spread F impacts the high frequency (HF) communications and navigation systems such as Global Navigation Satellite Systems (GNSS). Examples of spread F statistics at Chumphon station are shown below. 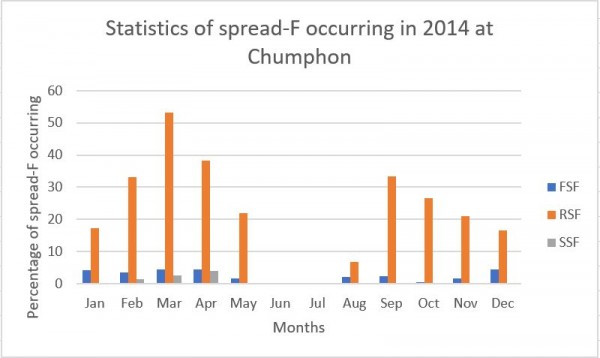 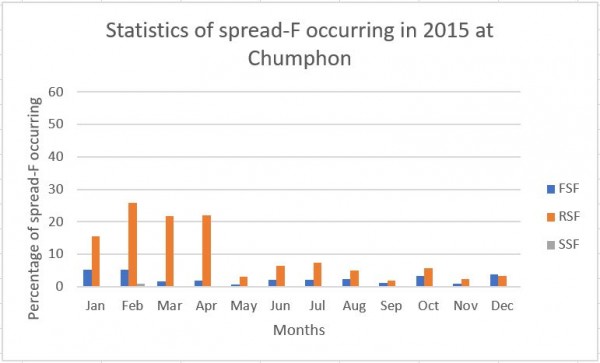 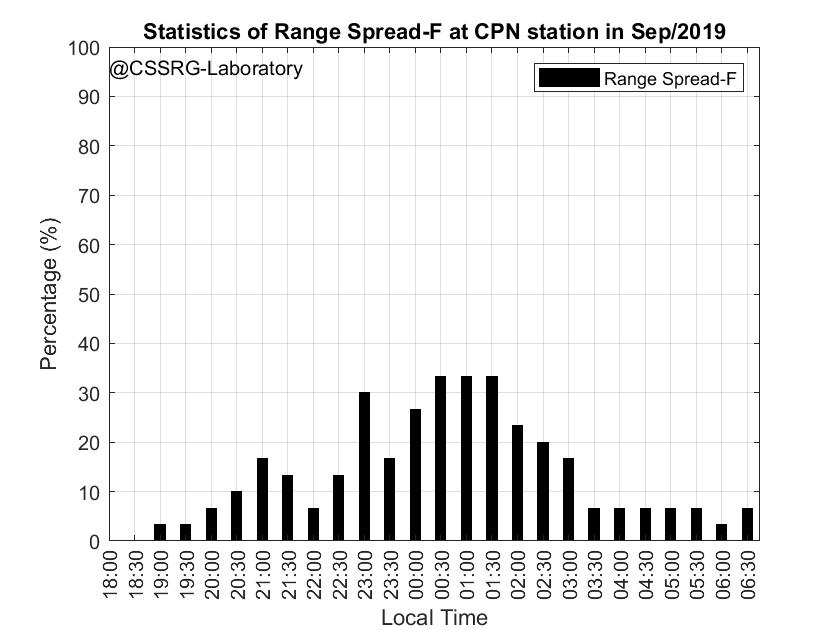 S4 index is used to measure the severity of  scintillation (fluctuation) on GNSS or GPS signals. 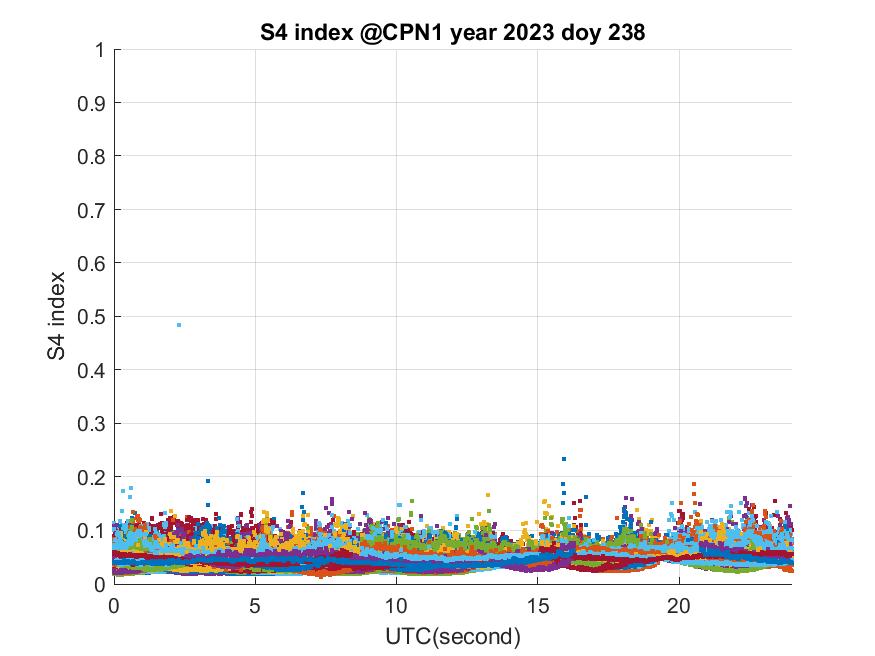 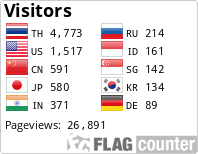